Spark of an Idea

This post describes why and how Dixon’s Ice Planet sparks my own worlds and sci-fi series. According to my Kindle records, I read Ice Planet Barbarians by Ruby Dixon in 2016. Long before Ice Planet was cool, I found delight, humor and fascination in this sci-fi romance series.

In Ice Planet Barbarians, author Dixon used the impossible scenario of human women crashing on an icy planet. With no translators, the women have to rely on hand signals and gymnastic charades to communicate with the barbarians. In the first book, scenes where the heroine and hero try to talk end up in garbled confusion while the reader laughs out loud.

In spite of these difficulties, romance is able to bloom in this exotic new world because the alien heroes respect and honor the human women. With constant peril from creatures and climate, each heroine has the chance to prove her courage and inner strength. Meanwhile, the alien heroes prove their loyalty and dedication to their soul mates. With plenty of steam, the IPB series offers romance and adventure.

Only a couple years later I decided to try my hand at writing in the sci-fi romance genre. With a favorite trope in mind, I set out to create a series that would evoke the same emotions I felt when reading the Ice Planet series for the first time. I had a plucky heroine, language barriers, exotic alien life, and the prerequisite hunky alien hero. All of these take place on a new world filled with monster violence and danger.

It might surprise you to learn that I wrote Hunted By the Predator (the original title) all the way back in 2018! In an unheard of move, I sat on my manuscript for a long time.

On a whim, I sent it to a small publishing company out of the Netherlands. Imagine my surprise when they agreed to take on my entire series! I was only too happy to include Ruby Dixon in my acknowledgements, as her brave and funny series sparked my own imagination. It was a red-letter day when Ms. Dixon reviewed Hunted on Predator Planet on her Facebook page and mentioned she even bought a copy for her own mother.

While light years lie between Not-Hoth and Ikthe, it is safe to say they exist in the same universe where science fiction romance is the order of the day. Only in sci-fi romance can you find belly laughs, peril, and alien heroes worthy of the badass heroines who fall in love with them. Venture into the Ice Planet and see if it sparks worlds in your imagination too.

Inspiration for the Predator Planet Series 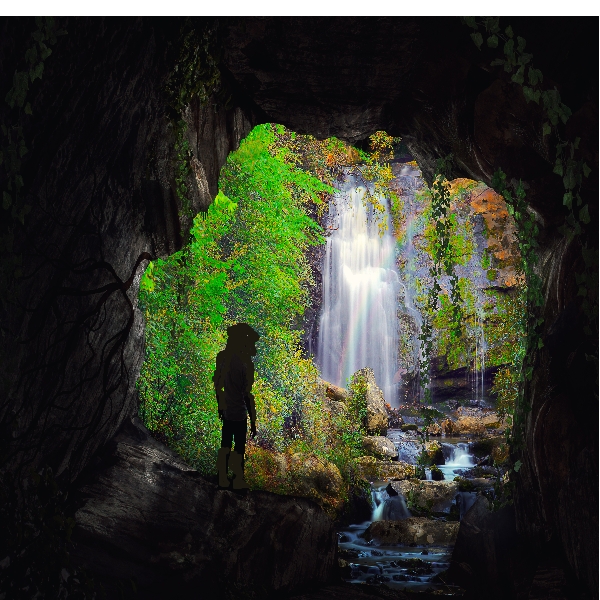 Esra retreats to the caves to hide from the alien.

A cataclysmic event hatched the twin planets that are home to Theraxl race.

Many thanks to Columbus Holt for helping me set this up.

Address
Wherever books are sold